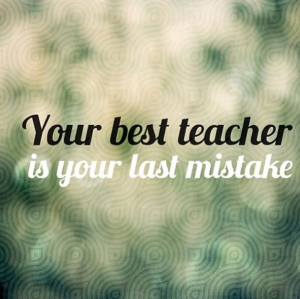 It’s easy to say we would have done something differently. It’s also easy to wallow in a mistake. The hard part isn’t battling with the guilt, humiliation or frustration, it’s rather accepting your mistakes, learning from them and moving on. Sounds simple but we don’t do it often enough. Sometimes you’ve got to forgive yourself. Sometimes you’ve got to push past the pessimism. Because taking the easier road or the harder one distinguishes the fighters from the cowards, the believers from the doubters. It’s hard to fight for yourself and to believe in yourself. But who knows what you can achieve if you do. A mistake recharges the fighter and the believer. Mistakes happen to everyone, but it’s up to you what happens next.